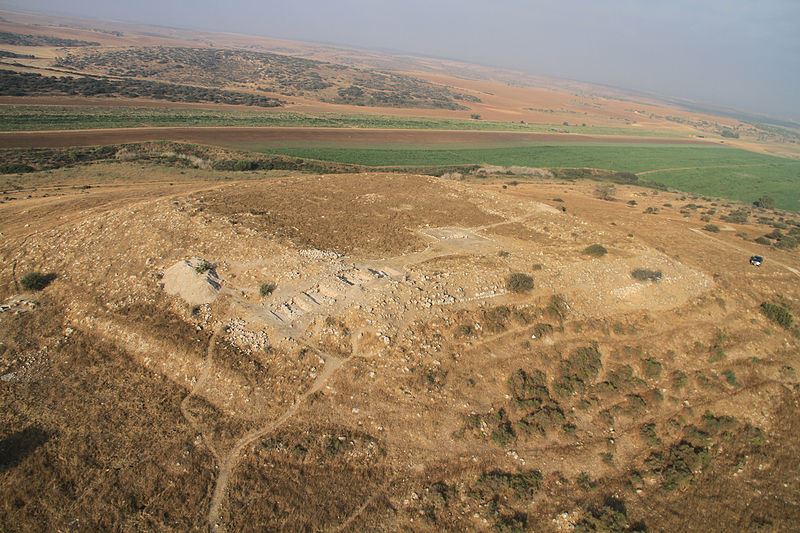 Archeologists in Israel have discovered a 3,300-year-old complex where an ancient cult likely gathered, UPI reports. The complex, at a site known as Tel Burna, is made up of rooms surrounding a giant courtyard measuring 52 feet by 52 feet. It's not certain who the cult worshiped, but based on the "letters of Ugarit" (a site located in what is now Syria), experts figure it was probably the Canaanite storm god known as Baal. Canaanites, the International Business Times explains, were people living in the region between approximately the early Bronze Age and the beginning of the Common Era. The complex yielded an array of items including pieces of face masks, person-sized ceramic jars, and animal bones that may indicate animal sacrifices took place there.

As for the masks, they "may suggest ceremonial processions that arrived or left from the complex," a researcher tells LiveScience. In addition, archaeologists found three connected cups whose use they're unsure of, though they note "joint vessels similar in concept ... have been considered as cultic objects." Other items found include figurines that appear to show half-human, half-animal beings, as well as an artifact called a scarab, which bears an Egyptian hieroglyph. The Science Times reports that the discoveries show possible religious links between ancient civilizations; though it describes the site as "relatively secluded," both the cups and two large jars, for instance, appear to have originated in Cyprus. (In other archeological news out of Israel, a copper awl has prompted a rethinking of ancient history.)