I'm a huge fan of seinen anime and scary Japanese movies. Japanese urban legends and folklore are cool too. These are my favorite:

1. The Mountain witch (Yama Uba) - a woman is said to live in a hut in the depths of the forest. She will present herself as a beautiful maiden and lure in naive tourist and trekkers by inviting them to stay for the night. Her true form is a grotesque humanoid monster that devours human flesh. 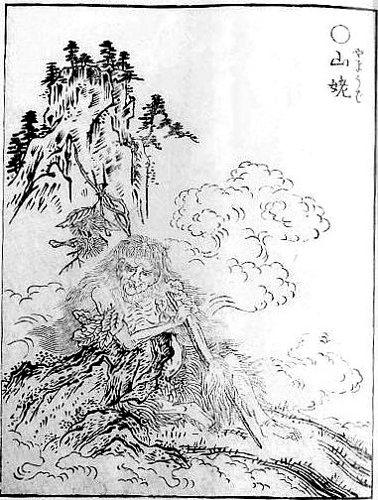 2. Hanako the ghost in the ladies washroom - Hanako-san is like a bloodymary dare. This is often played by young girls at schools in japan were they would summon Hanako-san for her to appear in the 3rd cubicle in the lady's washroom. You just need to say "Hanako-san, are you there." 3 times and if she replies "yes, I'm here." you can open the door to reveal Hanako. If you are unable to run away as fast as you can you will be killed in a very disgusting way...down the toilet. (why the hell would I wan't to do such a dare? LOL) 3. Teke-Teke - Japan has been known to have a high suicide rate and there is no wonder an urban legend would be born out of this morbid fact. Teke teke is a girl who commited suicide by letting herself be hit by a bullet train. She was cut in half and at night she would roam through out japan making a Teke-teke noise, a sound teke-teke is produced when she is dragging her torso and crawling with here claw like hands, hence the name teke-teke. 4. Nopperabou (No face) - Is an entity that appears to be a normal person but when it decides to scare the life out of you all of the parts of a human face disappears and the face will appear blank. The Nopperabou's intention is only to scare people. 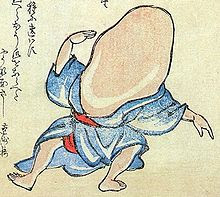