Octagon House was completed in 1859 by the Caldwell family.The house resides on the historically known road, Nashville Rd, just north of Franklin, KY. and was the transit for Confederate & Union Troops alike. This house was used as a sanctuary & hospital for Confederate Troops during the Civil War.

The Ocatagon House was purchased in 2001 by Billy Byrd whom has been restoring the dwelling to its historical significance.

Billy has commented that he often hears strange noises such as footsteps throughout the house and doors opening and closing. Several apparitions have been witnessed, one being a man riding a wagon in the back yard and a young black girl wearing a blue dress.

The Octagon House is well worth a visit! 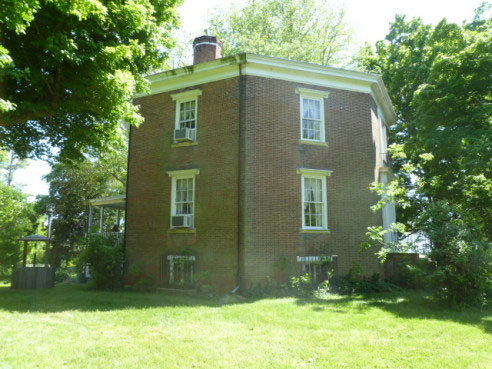