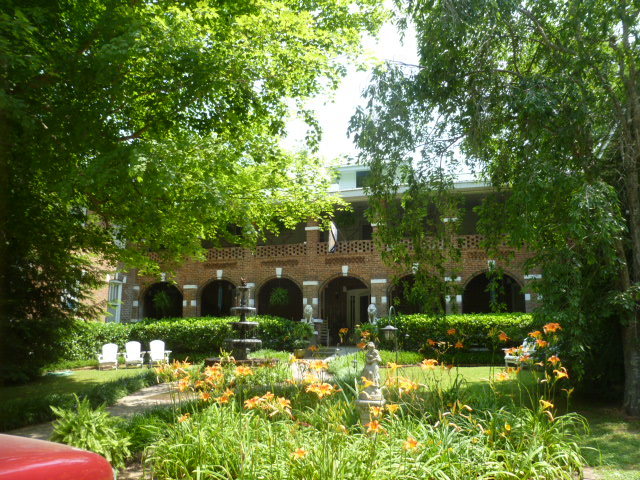 THE THOMAS HOUSE, formerly HOTEL CLOYD has proudly serviced guests for well over a century. The Inn, now listed on the National Register of Historic Places was built in 1890 by two brothers, Zack and Clay Cloyd and later managed by another brother, Thomas Tyler Cloyd. Hotel Cloyd was known for it's Country Cooking and Great Entertainment. There was a House Band, Bowling Alley, Bath House, Swimming Pool, Driving Range, Golf Course and even a House of Worship.

The original building, a wooden structure has seen many changes over the years, however, the facade has remained as it is since the early 1920's. The bricks were molded and fired on location. The Inn changed hands several times, but was again purchased by a Cloyd descendant, Evan Moss in the 1970's. Evan was the first to change the hotel's name and operated MOSSY CREEK - a boy's camp for several years.

For a time, the hotel sat silent, until the Cole family purchased it in 1993 and revived the tradition of Country Cooking and Great Entertainment

The hotel has had a great history of tragedy, including two fires. There are many spirits in the hotel including a former cook who still stays in the room he once lived in, a whistling man who walks the halls during the day and another gentleman who stays by the front desk where guests check in. The last ghost is that of a little girl who died at the hotel when she was brought to the town for the healing waters. She is believed to run around the halls and knock on doors as she passes them to confuse the guests.