Bhangarh is a ruined  in  that is famous for its historical ruins. It is in the municipality of the in the state of . The modern village has a population of 1,306 in 200 households. Bhangarh is also a popular tourist attraction. (Wikipedia) 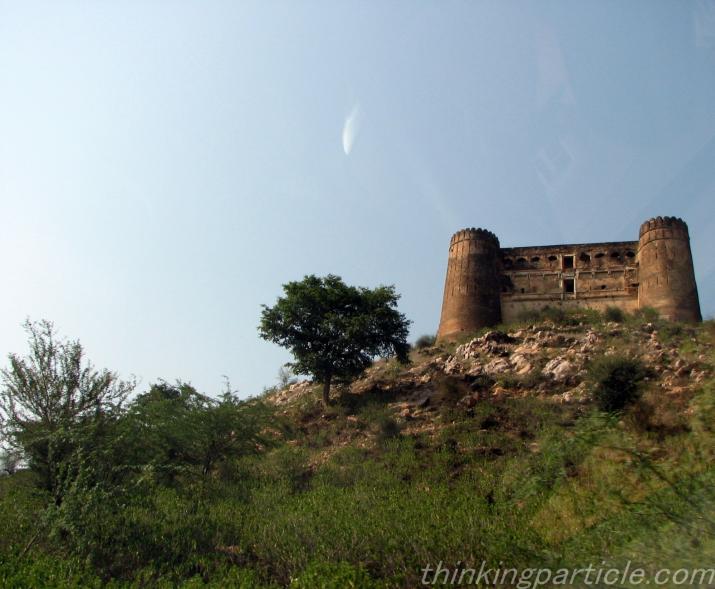 Bhangarh has great things to offer in the field of Archeology. Excavations through out the vicinity discovered different types of tools used by early humans from pre-historic period.

Recorded history of Bhangarh started in year 1573 when the fortress was said to be built by Raja Bhagawant Das, the ruler of the city of Amber.

The most probable reason for the people of Bhangarh to disappear is famine just like how the Mayan civilization abandoned their massive temples.

The city of Bhangarh was cursed bu the Guru Balu Nath, who permitted the construction of the town with a condition that states that : “The moment the shadows of your palaces touch me, the city shall be no more!.” When a descendant unknowingly renovated the palace to a height that casts a shadow on Balu Nath’s retreat, he cursed the town. Balu Nath is said to be buried with in Bhangarh’s vicinity and is theorized to still have influence over the dilapidated ruins.

The other myth tells about of that of the Princess of Bhangarh Ratnaviti, who was 18 and is to be wed to whom ever deserve her across the region. There was this magician who was a master in the occult arts named Singhia who was madly in love with her. Singhia was desperate to make the princess his bride and tried to put her in his spell by dosing her with magic oil. The princess knew of this and acquired the elixir and poured it on the sand. The magic oil turned into a boulder and killed Singhia. With the magician’s last breath he cursed the place with death all human life. The souls of the dead would for ever remain in the city for ever and would never cross limbo or can never be reincarnated.

The Archeological Survey of India (ASI) placed a sign board for tourists and archeologists alike which states: 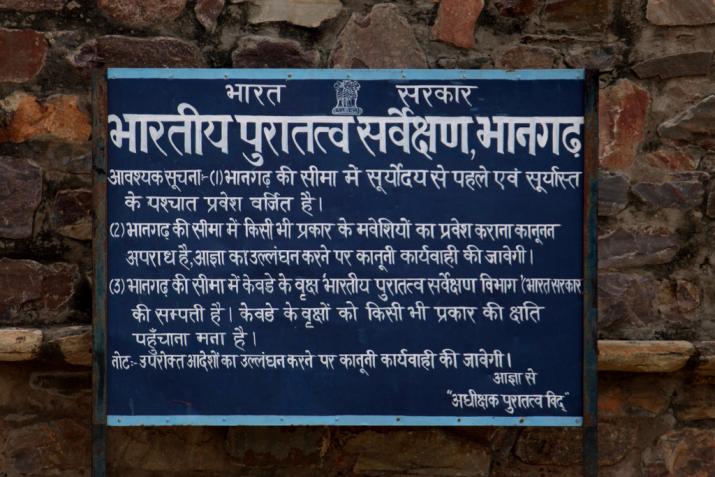 “Entering the borders of Bhangarh before sunrise and after sunset is strictly prohibited.”

They said that authorities prohibited access to the city at nightfall because there were a lot of disappearances. Some say that the city vanishes at night and human beings would disappear along with the whole city. However, when the sun rises the temples  and all the bricks would reappear but human souls would be lost forever.

I've read stories and accounts that claimed of hearing a loud sharp scream of a woman. There were also known humanoid apparitions. Many tourists also claim that the place made them anxious and ill.