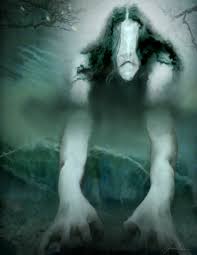 Before the 2019 film, "The Curse of La Llorona" premiered, I remembered vivid stories of La Llorona (literal translation to "The Crying Woman") that I heard as a child. There were ties that claimed she existed in areas of Mexico and the southwestern United States- tales varying from Arizona and New Mexico. Being born and raised in Arizona, the chills went up my spine each night I walked by the dried out Santa Cruz River by my house. I was young when I was told why I needed to avoid the river at night.

It was said La Llorona, a woman named Maria, had drowned her children in a jealous rage because her husband loved their children more than her. Realizing what she had done, she had eventually drowned herself as well. But her soul was never at peace and she has been said to be spending eternity searching for the souls of her children. She wanders ditches, washes, and flood areas in her state of shame and despair.

Her cries echo through the night and she drowns children mistakenly as she encounters them. The hair on my neck stood up as a child, scared to venture too far at night knowing La Llorona could be lurking anywhere.

It could just be folklore. Perhaps a Mexican American myth that flooded memories of my childhood. Or it could be true? I don't venture out to the Santa Cruz River til this day due to the stories of La Llorona. Why risk that chance?