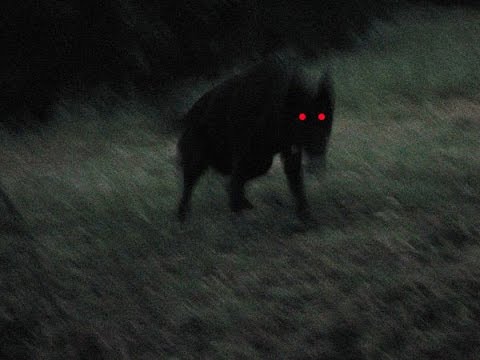 One of the most recognized creatures from Navajo beliefs is the skinwalker, which is referred to as "yee naaldloolshii," or "he who goes on all fours." Yet it also a taboo subject. Said to have been evil witches with the magical power to shapeshift to animals, there is an aura of supernatural powers to the skinwalker.

They are said to run faster than cars, read minds and possess bodies. Common sightings infer that the skinwalker's eyes glow red, and appear animalistic- many encounters describe them as us a combination of human traits with those of coyotes, wolves, or dogs.

Historical accounts of the skinwalker vary. In general, it is said they inhabit parts of Arizona, New Mexico and Utah (in particular, Sherman Ranch). It has been advised to avoid these creatures as they symbolize a bad omen. They are hard to kill, according to many witnesses who've encountered these creatures.

I have never encountered a skinwalker personally. Nor do I plan to. But upon further research of this entity, I wanted to share several experiences I came across and will leave the judgment up to you next time you're out alone at night on a dark drive. Or the next time you hear that scratching on your roof or the dogs barking outside, venture outside if you dare...

According to https://skeptoid.com/episodes/4321, in an article written by Brian Dunning, he describes the following encounters:

"In 1983, a family in Flagstaff, Arizona was woken in the middle of the night by the sound of drumming outside. Investigating, they saw the dark forms of three men repeatedly trying and failing to climb a fence to get onto their property. They invited a Navajo woman to investigate, and she reported that the men had been skinwalkers who wanted the family's power but couldn't get in because some spell was protecting the home.

A Bureau of Indian Affairs security officer working on the Ute reservation near Fort Duchesne (doo-SHEN) spotted a large, dark, round-looking creature outside a tribal building that vaulted a wall and ran away with surprising speed when confronted. He called another officer, and the two chased it through the neighborhood called Little Chicago. It knocked over trash cans throughout the town as it escaped. They described its eyes as coal red and unusually large.

A family driving through the Navajo reservation along route 163 in southern Utah was shocked as a dark hairy animal wearing a man's clothes suddenly sprang out of a ditch and lunged at their truck with its arms up over its head. It had glowing eyes and despite its dark fur, looked like no animal they'd ever seen. They sped away, leaving the ugly beast behind."